How Many Stamford Homeowners Have Paid Their Mortgage Off? 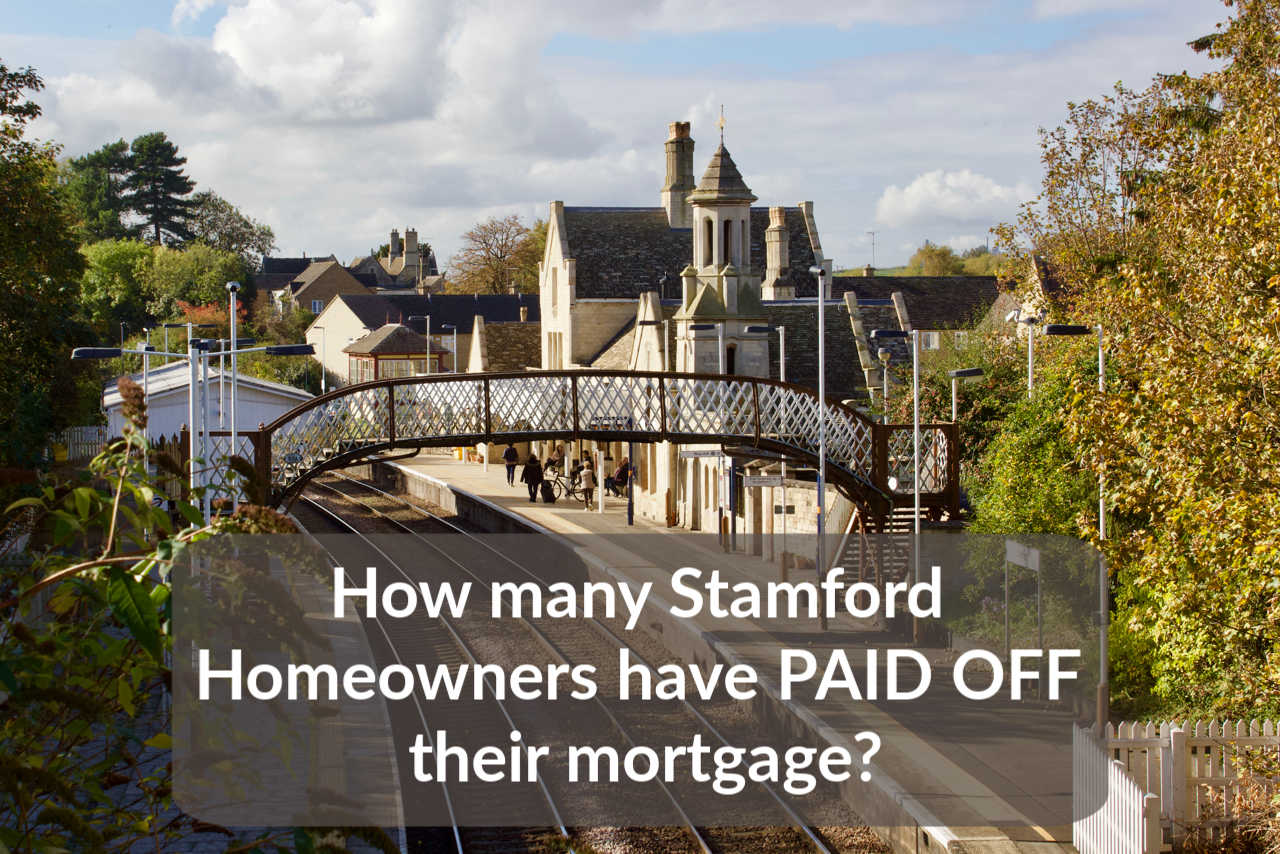 The government’s Annual Housing Survey is 50 years old this year.  It has taken a snap shot of the UK’s property market every year since 1969 and in the recently published report for 2018, it wasn’t a surprise that owner occupation is still the most predominant tenure, yet now more people own their home without a mortgage rather than having a mortgage as the number people buying their first home (obviously with a mortgage) has declined since the Millennium.  The report also shows homeowners (mortgaged and owned outright) are, on average, older than renters and between the homeowners themselves, those who are mortgage free are older than those with a mortgage.

Looking at the most recent of data for South Kesteven, I wanted to see how we compared to the national picture.  Therefore, focusing on the main 4 tenures of owned outright, owned with a mortgage, social housing (i.e. Council Housing and Housing Association) and private rented, this is what I found out...

Looking at the stats, you can see that homeownership in Stamford and our council area as a whole (both owned and owned with a mortgage combined) is lower in the 25yo to 34yo age range compared to 35yo to 49yo, yet roll the clock back to the 1980s and opposite was the case.

So how many local homeowners have paid off their mortgage?

As most people bought their first house in their early to mid 20’s back in the 1980’s, this shows that a lot of Stamford and South Kesteven people must have re-mortgaged in the past and extended their borrowings (otherwise they should have paid their mortgage off now).

The other thing that concerns me is the 5.3% of the Stamford and South Kesteven over 75yo homeowners that have a mortgage.

If you amalgamate the national historic ranges going back to 1977 (see the graph below “UK Households with a Mortgage by Age – 1977 to 2018” and note the age bands are slightly different to the recent local stats because they were carried out under different government departments), you will see the number of people who own a property with a mortgage has been dropping since the Millennium, yet nationally the number of people who own a property has remained roughly the same, even with the growth of the private rented sector. 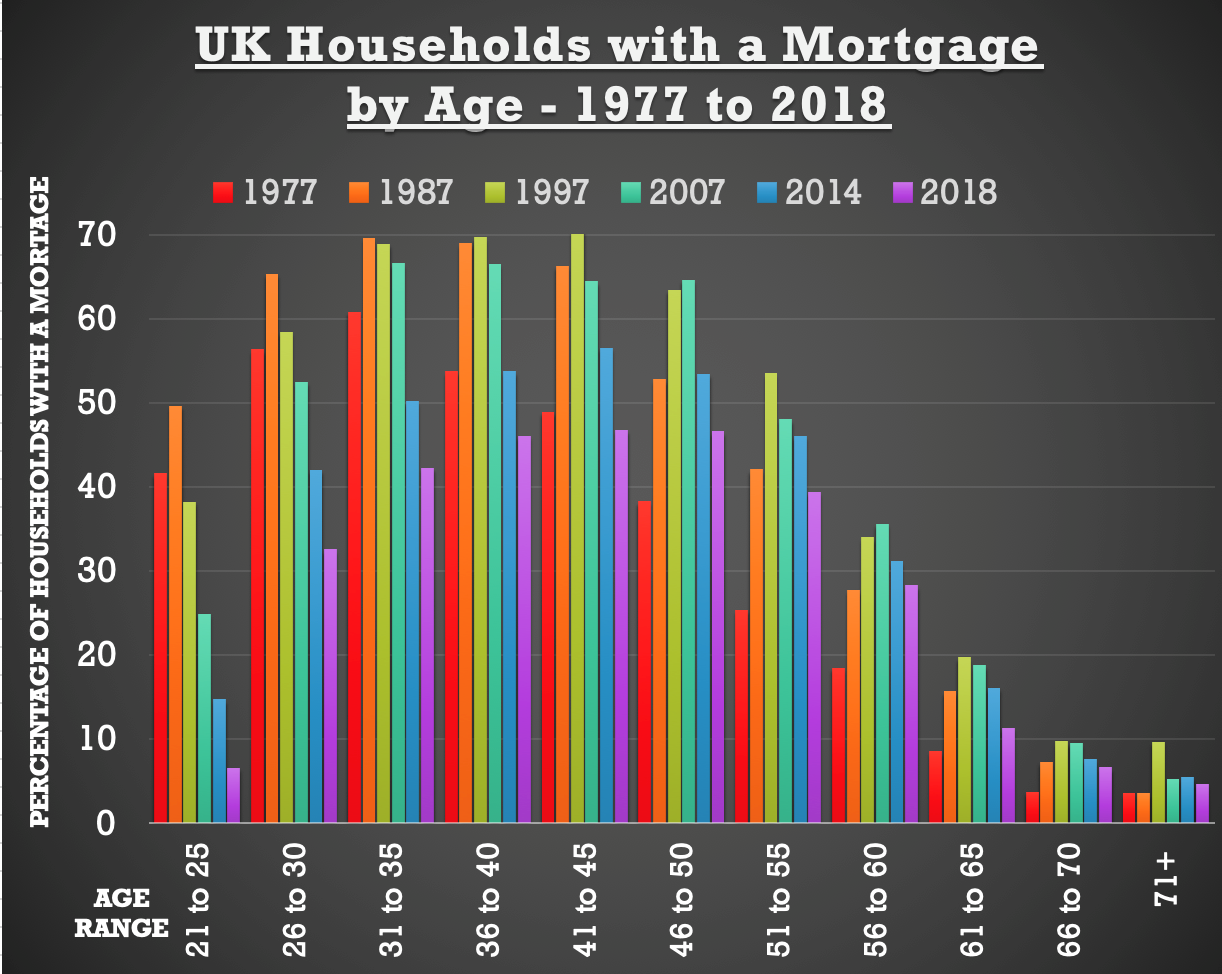 Reports in the industry suggest that in the next ten years that will increase, as nearly 1 in 5 homeowners will be still paying off their mortgage after retirement.  One of the reasons behind that will be the legacy of interest-only loans and delayed first-time buying as we become more and more like Germany in our house ownership models, where people naturally rent their homes until their 50’s and then buy when they inherit money from their parents.

In the meantime, demand for Stamford rental properties will only increase, so that’s great news for Stamford Buy to Let landlords and indirectly Stamford homeowners as well.  If you are interested in understanding the value of your home, please call us and we will be happy to arrange a market appraisal for you.