Is Stamford Too Densely Populated? 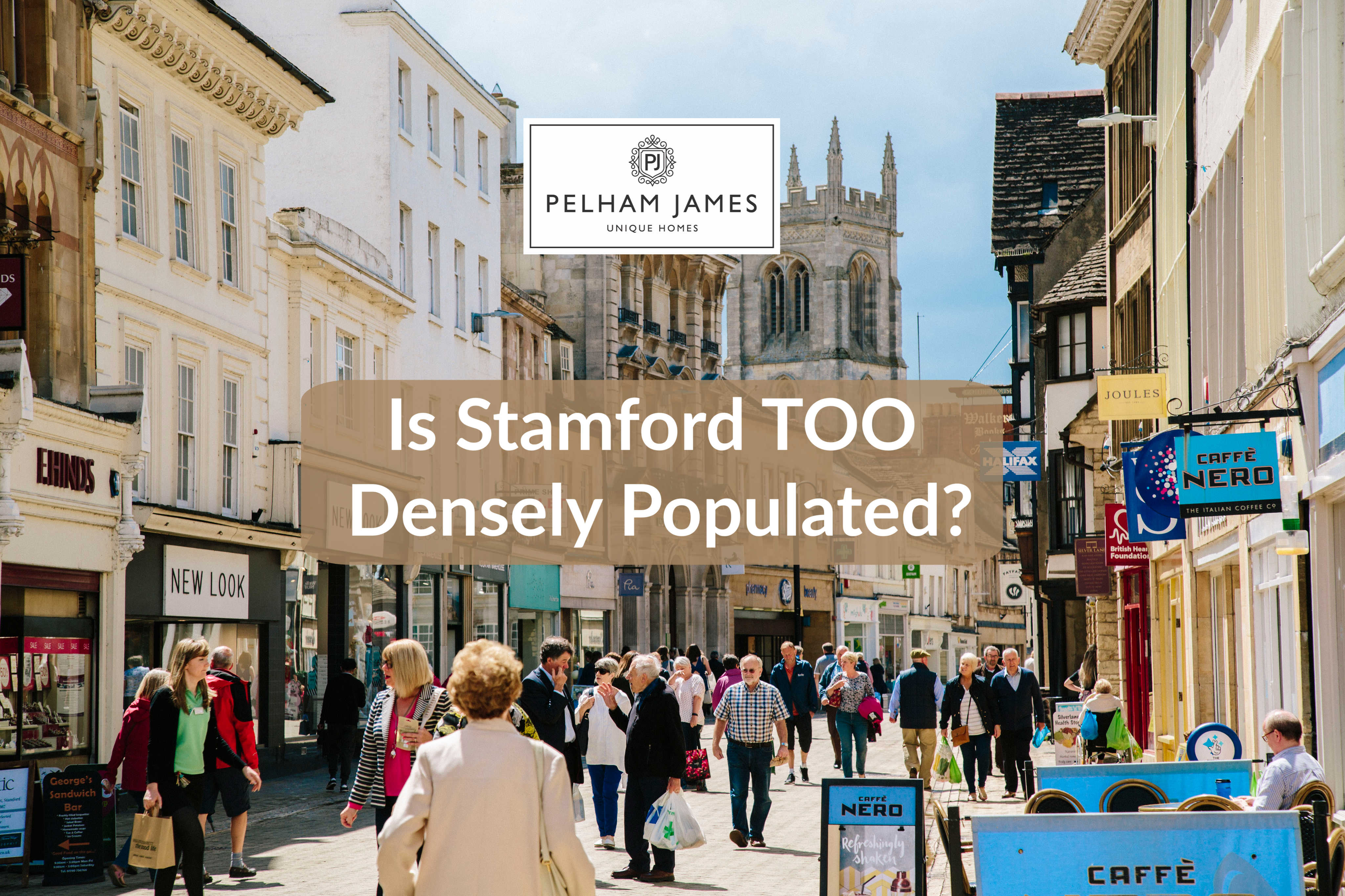 With the nation’s ever-increasing population and the double-whammy that people are now living longer, this means as each year goes by, there is an ever-growing strain on public services and in particular my favourite topic - housing.  It’s no wonder some people are saying things are at crisis point when it comes to infrastructure (like roads, schooling etc) and in particular housing.  I hear it all the time; people complaining that Stamford looks like a building site and we are packing people in like sardines into our homes.  Yet I wanted to find out exactly what the truth was…

Let’s look at more realistic areas of land and I want to look at my favourite - the acre.  To those born after the mid-1970’s, an acre is roughly half the size of a football pitch or a square roughly 63 metres by 63 metres and there are just less than 2.5 acres in a hectare.

So, how does that compare to our neighbouring areas and towns?

As you can see, only just over 15 people live per acre in Stamford, interesting when compared to both Greater London, which has density of 23.26 people per acre and London’s most crowded suburb, Pimlico at 92.32 people per acre.  Yet even Pimlico is nothing to the Collblanc district in Barcelona, which has 214.8 people living it per acre.

So, IS Stamford over populated?

Yes, it seems that way at school time or rush hour when sitting in traffic that Stamford is over populated – yet the stats show otherwise.

Evidently, we are never going to have an even spread of population as can be seen from the figures in the table, and the remote nature of some parts of the country would not be able to withstand high densities of new people without enormous infrastructure investment.

Yet could we accommodate a much larger population in the UK (and Stamford) although there would be trade-offs?

Look back at the 17th and 18th century and certain sectors of society were warning about population growth.  The population of the UK in 1801 was 10.5 million and even with the growth of the population since then only 1.2% of the UK is currently built on for housing purposes.

The question, it seems to me, is not can we manage but how

would a larger Stamford population change our way of life,

both for better and possibly worse?

The planners have a responsibility to ensure Stamford provides its fair share of new homes to accommodate this population growth in the coming years.  The local authority has a responsibility towards adequate provision of the infrastructure of roads, hospitals and schools etc., to match the growth in housing.  This is not a political topic and I hope once the ‘B’ word is finally sorted we can get on with addressing the shortage of affordable new homes for future generations.