2,665 Stamford Terraced Houses. Why are they so popular? 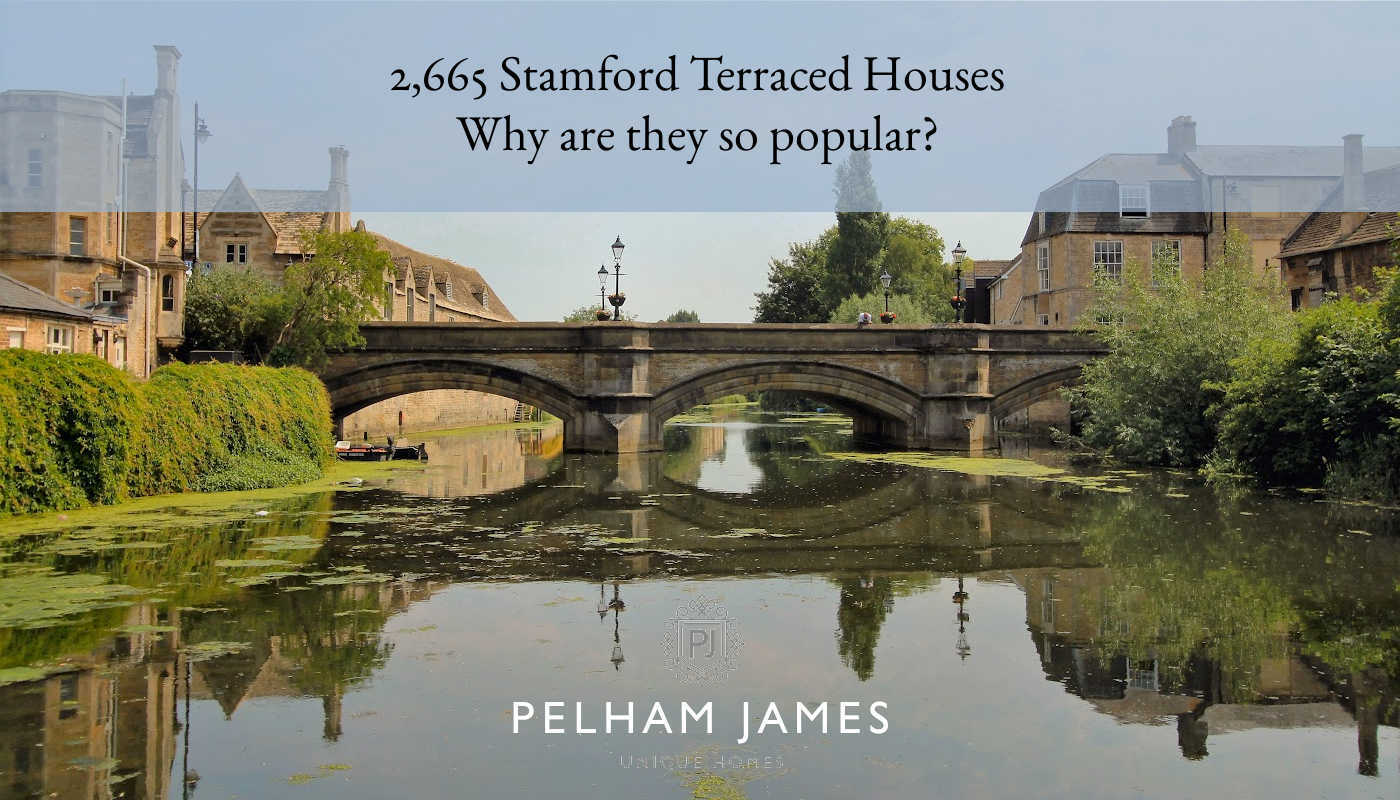 The terraced house is one of the most familiar styles of home in Stamford (and the UK as a whole).

29.6% of Stamford people live in a terraced home, interesting when compared with the national average of 22.7%.

So, what is it about the humble terraced/townhouse us Brits love so much? In this article, I look at the history of the terraced house, how it relates to Stamford and what the future holds for terraced homes.

A terraced house is a property built as part of a continuous row of three (or more) properties in a similar and uniform style.

The reason the British call them 'terraced houses' and not 'row houses' came about because 18th century British architects borrowed the phrase 'terrace' from 'terraced gardens’. Terraced gardens were known for their uniform nature (in looks, style and height etc.), so the architects decided to name them the same way as opposed to a ‘row house'. In fact, in most countries, they are called 'row houses'.

The terraced house originated in the Low Countries of Europe

Terraced houses were first built en-masse in the UK after the Great Fire of 1666 with the rebuilding of London.

They became fashionable for the landed gentry in the early Georgian era with chic and stylish terraces appearing in London's Mayfair and Bath with its Queen Square (the forerunner of the famous Royal Crescent) and were sometimes built around a garden square.

However, it wasn’t until the early 1800s that the terraced house turned out to be the solution to the increasing population of the towns as more and more people were attracted to towns and cities for work.

The terraced house fell out of favour with the upper-middle classes in the late Victorian age (1870’s onwards) as they wanted more privacy and space. They moved to live in detached houses or semi-detached villas, as the terrace house had started to become associated with the lower-middle and working classes.

With all these terraced houses being built, their quality of construction and design dropped as builders tried to squeeze more profit. The biggest issue was that most of the terraced houses built in the early to mid-Victorian age (1840s to 1870s) were made back-to-back with no rear garden, causing unsanitary conditions. Therefore, the Public Health Act of 1875 was introduced to regulate the building of terraced houses with design and standards.

These new building standards in the Act improved the terraced house’s ventilation and, more importantly, required the house to have a toilet (frequently built outside). To meet these new building standards, the designs of these new houses created the well-known landscape of ‘grid' streets lined with two-storey terraces serviced by a pedestrian path between them, the name of which is a hotly debated topic. The various names for the pathway include alleyway/jitty/cut/ginnel/snicket/passageway/ten foot/five foot witchel/ lonnin/vennel. Are there any other local terms for this pathway in Stamford – I’d love to hear from you!

As we entered the 20th Century, the terraced house continued to

be popular, albeit with some new architectural additions.

After the First World War and the introduction of the Housing and Town Planning Act 1919 (which made local councils build council houses), the Victorian terraced rapidly became associated with overcrowding and slums (especially those back-to-back terraced houses built before 1875). Many of the back-to-back terraced houses were knocked down between 1930 and 1960 in what is known as the slum clearances.

Since the early 1990s though, the terraced house has steadily

come back into favour as building land prices have increased

Many private builders have started to build modern three-storey townhouses in rows of five to seven. This terraced 'townhouse-style' allows three and four bedrooms on a land footprint that would have usually only accommodated a smaller two-bed property.

So, let's look at some interesting stats on Stamford terraced houses.

I hope you found that thought provoking?

So, why is the terraced house, be it a red brick Victorian house or a more modern three-storey townhouse, still popular today in Stamford?

They are typically well built, cheaper to maintain (especially the older terraced houses), comparatively spacious, and in good locations. Many terraced houses have been improved and extended through the inventive use of rear gardens/yards and converted roof spaces; their unpretentious design remains adaptable enough for 21st century living; what isn't there to like about them?

These are my thoughts. I’d love to hear yours about the humble yet versatile Stamford terraced house - do drop me a line.