Oakham Property Market - Is it Time to ‘Plan’ to Get the Builders In? 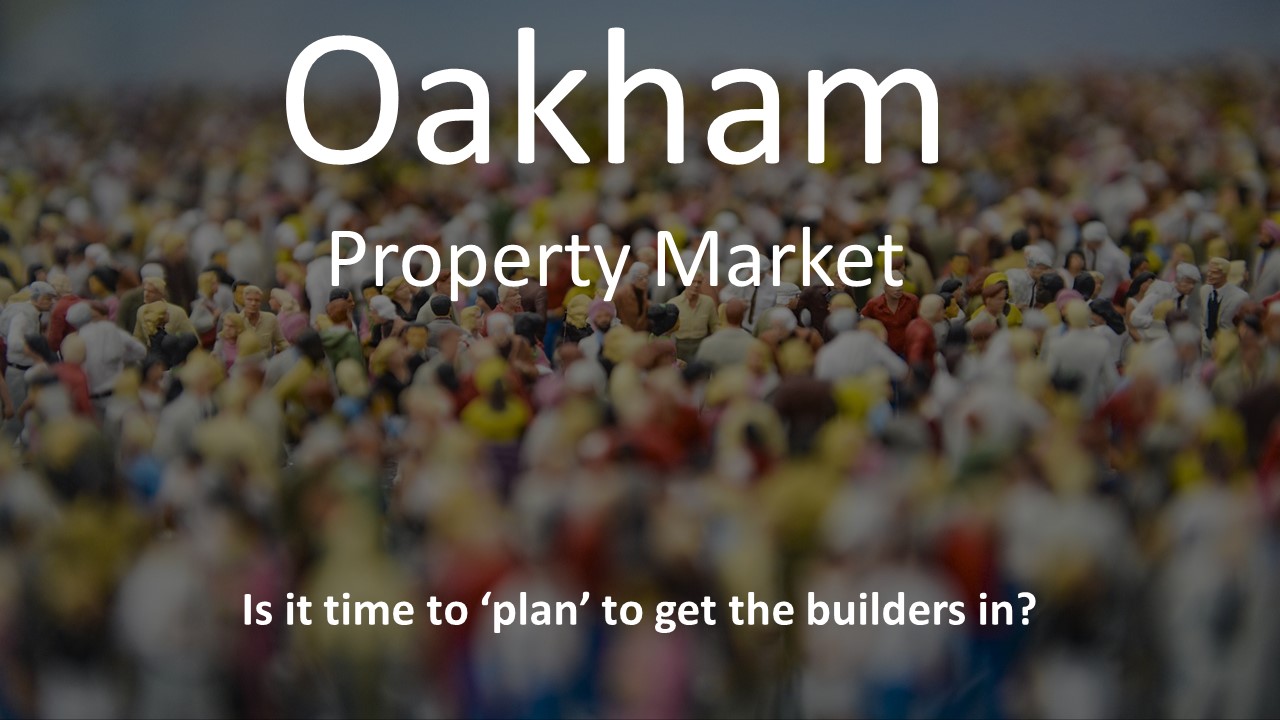 Even though the new legislation was placed on hold because of the recent General Election, it is expected the Government will start fining around half of all UK local authorities for failing to build enough new homes as Westminster starts to force local authorities to build more homes with the new laws.

The Conservative Government has gone on record with an ambition to build 300,000 new homes each year from the mid-2020s (aspiring as the average for the last 13 years has only been 177,000 pa).  So, Downing Street see the planning system as requiring root and branch change to ensure local authorities deliver on that promise.  The Ministry of Housing, Communities and Local Government’s ‘Housing Delivery Test’, which should be launched on an undetermined date this year, will hold local authorities to account for ensuring they hit their own specific house building targets.

If a local authority is unable to show that it has a five-year stock of land for building new homes, it gives builders greater rights and liberties to build their new homes where the builder wants (not where the local authority wants).

The council will have less control over the setting, types of properties, contribution to infrastructure and location of any new home development.

Locally, Rutland isn’t in that 44% of local authorities. The current situation is, they have started collecting data and evidence, issues and options for consultation.

Yet, the original question of this article was to find out if we are building enough homes in Oakham and the surrounding local authority area i.e. should we get the builders in?  Well, the Government set targets for local authorities for the number of homes they should build each year.  The latest set of data is for 2018, so for the three years up to and including 2018 i.e. 2016/2017/2018.

Rutland’s new home building target was 319 new homes, yet it achieved 728, a surplus of 409 new homes 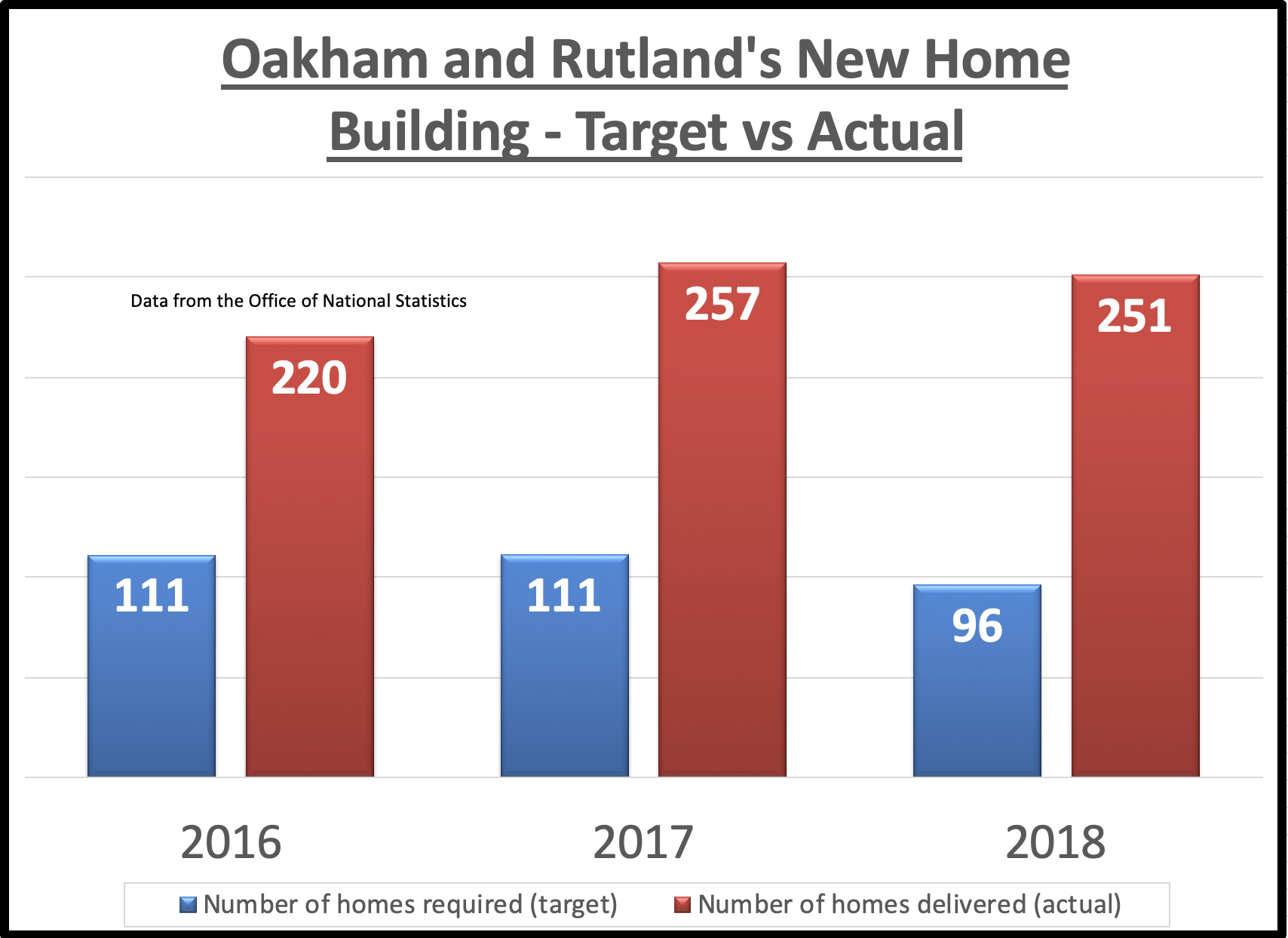 So, what does that all mean for the Oakham property market?

Even with the surplus, there are positive and negatives to this. The Oakham property market is not broken, yet it does need to get the builders in. Irrespective of the results from the last three years, we have over three decades of under building, which has created issues regarding affordability of homeownership and older generations being stuck in homes too big because there aren’t enough suitable homes for them to move to, i.e. bungalows. The stabilisation of the General Election has been a net positive to overall confidence in the local property market, meaning Oakham homeowners and Oakham landlords looking to sell their home in the coming spring and summer will find decent demand (although sellers still need to realistic with their pricing).

Unfortunately, the negatives are that many Oakham renters that want to buy, are unable to as they can’t save after paying their rents and feel as if they’ve been left behind. I know the Government recently launched their “First Homes” scheme for selected first time buyers at the start of February, where a 30% discount would apply to “a proportion of new homes” and would be subsidised out of contributions from builders, the Tory’s have previously promised to build 200,000 cut price homes for first time buyers back in 2015, yet the National Audit Office has recently confirmed they never built a single one!

The simple fact is, we as a country need to build far more affordable homes in the areas where people want them. This means the dream of homeownership will be a greater possibility for our children and grandchildren in the future. Our local authority needs to continue to plan the housing needs (and associated infrastructure) to ensure that as we live longer and continue to grow as country - we have the homes in place to live in that are suitable for every generation.

If you are thinking of moving and are interested in any land that might come available, please let me know!  It might be a good idea for me to carry out a valuation and market appraisal of your current home in Rutland.