Rutland Homeownership Rockets by 684 Homes in the Last 5 Years 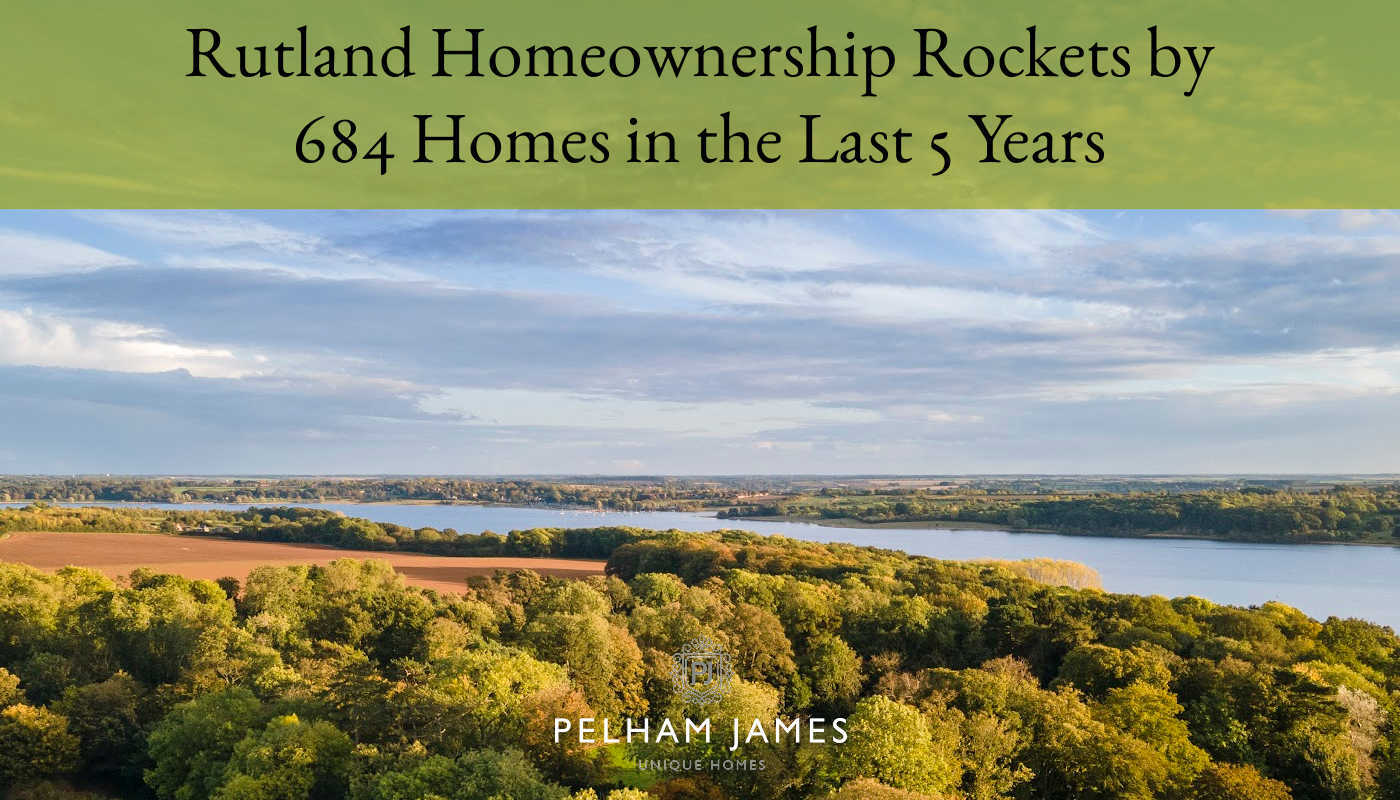 ·       The Rutland housing market over the last five years has behaved oddly.

·       Rutland house prices are 32.4% higher than in 2017, even though during those five years, the British economy had the uncertainty of Brexit and the massive fall in GDP during the pandemic.

·       Why has growth in homeownership happened, and what does it mean for Rutland's existing homeowners (and landlords)?

With the newspapers full of news about the death of homeownership and the growth in Generation Rent, it must surprise many (as it did with me) that the number of homeowners in Rutland has grown.

To give some context …

the number of homeowners in Rutland dropped between 2011

So, what is behind this growth in homeownership and is it a good thing?

Politicians love it when homeownership rises, as they believe owning a house turns individuals into model upright citizens. It was one of the critical reasons for the council house sell-off in the 1980s.

Yet the hard data to back this up is unexpectedly slim, whilst other studies hint that homeownership has some harmful costs to the economy, such as reduced entrepreneurial spirit and the disinclination to move home to find work.

However, increasing homeownership may be a good foundation for Britain’s economic recovery after the last few years. Homeowners have a greater propensity to live in single-family unit homes like townhouses and semi-detached houses.

A greater demand for more single-use homes supports the construction of such dwellings (instead of other types such as small apartment blocks or Homes of Multiple Occupation). This is important because single-family unit homes tend to be better build quality, have more extensive gardens, and have more local amenities.

So, what are the sort of numbers I am talking about in Rutland?

This means homeownership in Rutland has risen from 66.7%

a proportional increase of 3.7%.

So, what is behind this growth in homeownership?

1.     95% mortgages have been readily available at low-interest rates now for over a decade. In 2017, first-time buyers also got an exemption from stamp duty. This created a perfect storm of demand, which caused the number of Rutland first-time buyers to rise.

2.     Whilst the rise in homeownership in Rutland precedes the pandemic by a couple of years, another factor to the growth relates to the last property market recession of 2008/9 (the Credit Crunch). Between 2009 and 2012, many Rutland homeowners found themselves unemployed and still had to pay mortgages at 6% to 8%. Some homes were repossessed or some had to sell their home at a low price to unshackle themselves from their high mortgage costs. This development, nevertheless, took many agonising years to play out, reducing the homeownership until the middle of the last decade.

3.     People’s views on the way they live have altered during the lockdowns. In a sphere of stay-at-home instructions and social distancing, the peace of mind of homeownership gives Rutland homeowners the security of tenure.

4.     Finally, there has been a long-term change in the demographics of the UK. Millennials (currently aged between 26 and 41) are less likely to be homeowners than their Baby Boomer parents were at the same age. Yet, the British millennial generation is now entering its prime home-buying period as they have saved their deposit and are more likely to inherit money from their grandparents. (The average age of a first-time home-buyer in the UK is 33 compared to 26 in the mid-1990s).

So, the final question has to be …

how much further could homeownership go in Rutland?

The biggest hurdle could prove to be the supply of available homes.

Many 'accidental landlords' have been selling their properties recently, which first-time buyers have bought. Accidental landlords put their own homes up for rent in the early to mid-2010’s because they could not sell. Now they have been motivated to cash in on the higher Rutland house prices in the last couple of years, which increased the supply of properties to buy for owner-occupation.

Also, the number of houses on the market in Rutland available to buy from existing owner-occupiers is starting to grow (up from 355,700 in December 2021 to 431,000 in March 2022). This is giving greater confidence to other Rutland homeowners too scared to put their homes up for sale because they are concerned they would not be able to find anything. Things are starting to change in that regard.

Also, there are signs of a recovery in British new home building as the number of new housing starts in 2021 hit the highest level since the financial crisis of 2007. Yet with a steady increase in Rutland landlords returning to the market in the last few months, this tide will turn.

Rutland’s homeownership could continue to swell for a while yet!

P.S. What does this mean to the private rented sector in Rutland? Come back next week as I give some fantastic insights every Rutland landlord will want to read to ensure they remain profitable in the Rutland buy-to-let market.