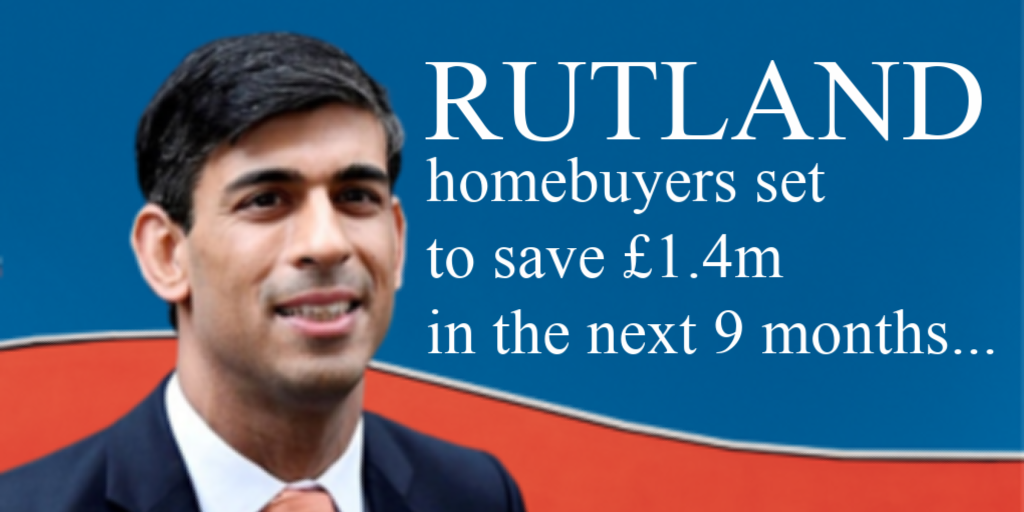 The British are infatuated with owning their own property and politicians know that.  Margaret Thatcher used it as a vote winner in 1979 when she allowed council house tenants to buy their own home.  Coming to the present day, Boris Johnson’s Conservative government have anxieties that the Brits have not been buying nearly enough homes lately and, as with all countries in the world, the British property market was put ‘on ice’ for several months to help contain the Coronavirus, exacerbating the problem.

The Chancellor, Rishi Sunak, has announced plans to boost the property market by momentarily scrapping Stamp Duty Tax (a tax paid by homebuyers) when they buy a property that costs less than £500,000.

Interestingly, Stamp Duty was originally introduced in 1694 as a way to raise funds for The Nine Years' War (1688–1697) against Louis XIV of France and applied to property and some legal documents.

Why is this Stamp Duty 'Holiday' important?  Well, the government recognise that when the property market is working well, the economy also tends to work well, yet one of the barriers to people moving home is Stamp Duty tax.  Even before Coronavirus, Brits were moving 40.21% less than they were at the start of the millennium, and now with this dreadful situation, the natural reaction is for people to stay put in their own homes, meaning another potential nail in the coffin for the economy.

Stamp Duty has raised not an insignificant £166.53bn since 1998, impressive when you consider the NHS costs £129bn per annum.  Looking at more recent figures, the government currently raise £1.045bn per month from Stamp Duty Tax and this statement will remove a good chunk of that from the Chancellor’s coffers each month, yet the government knows a healthy property market will help the wider economy.

As Stamp Duty is a transaction tax, it restricts labour market mobility, making people who are thinking of switching jobs think twice before moving.  Stamp Duty also holds back elderly homeowners from downsizing to smaller homes, which is an issue for the UK, as we don’t have enough homes to meet supply and also curtails first time buyers as it forces them to use some of the savings on the tax, as opposed to using for a deposit.

Before the changes, the Stamp Duty thresholds were as follows:

Landlords and Buy to Let Landlords will also benefit from these reduced rates, yet will still have to pay their additional premium for second homes (as they have since April 2016).

I’m all for reducing Stamp Duty, which is imposed progressively at higher rates the higher a property costs (as you can see from the tables above).  Yet, short-lived changes to property taxation risk warping the property market and generating a ‘property market hangover’ in Spring 2021.  I am part of a group of 2,500 estate and letting agents from the UK, and most of us were running at 150% speed before this announcement, coping with the post Coronavirus explosion in demand.

Now it seems that the ‘feast’ will continue until the end of March 2021 as many more people will move to take advantage of the cut in tax.  However, some are suggesting this could lead to ‘famine’ down the line as it will stop people moving into the late spring and summer of 2021.

History tells us different stories on the influence on transaction volumes from changing Stamp Duty rates.  In 1991 the Tory’s raised the Stamp Duty threshold at which house buyers started paying and Gordon Brown did so in 2008 when we went into the Credit Crunch.  More recently, both George Osborne and Philip Hammond fine-tuned Stamp Duty so that landlords had to pay an additional Stamp Duty Premium after March 2016 whilst first-time buyers pay less Stamp Duty and the purchasers of more expensive homes (over £1.5m) pay more.

The Stamp Duty changes for landlords in 2016 affected the property market only for a short while and by the autumn, transactions levels had returned to normal.  However, in 1991, John Major’s Stamp Duty change encouraged home buyers to bring forward home purchases but nevertheless the property market ground to a standstill again once the benefit ended (although the steps up the 1990’s Stamp Duty levels were much harsher as the tax applied to the whole purchase price, not the margin steps as it had in the 1990’s).

So how much money will Rutland people save when buying a home under £500k?

Being objective, I can see why the Chancellor could see this as a suitable way to motivate spending because when people move home, they are more inclined to spend comprehensively on property renovations and the services of solicitors, home removals, tradesmen and estate agents.  So, drastically reducing Stamp Duty will undoubtedly help the UK economy, or at least contain some of the damage from the Coronavirus.

Also, the experience of being in lockdown will have confirmed to many Stamford and Rutland residents that they need a bigger home or one with a bigger garden.  I also suspect other people may be able to work from home on a more long-lasting basis, meaning there could be a shift from the larger cities to outlying towns and even a move to the countryside.