The Rise in Stamford Property Values 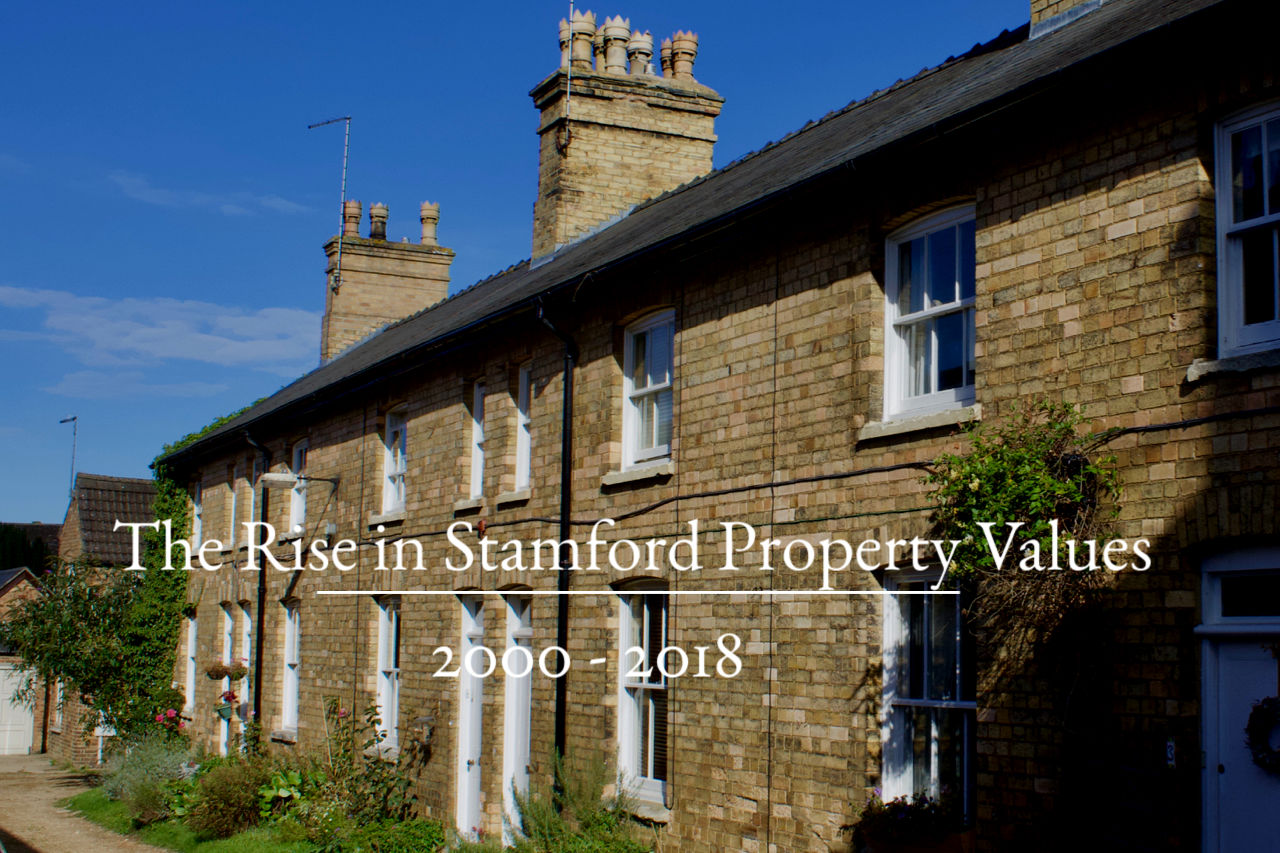 Property ownership is a medium to long term investment so, looking at the long-term, the average Stamford homeowner, having owned their property since the Millennium, has seen its value rise by more than 331%.

Taking a look at the different property types in Stamford, and the profit made by each type, makes interesting reading… 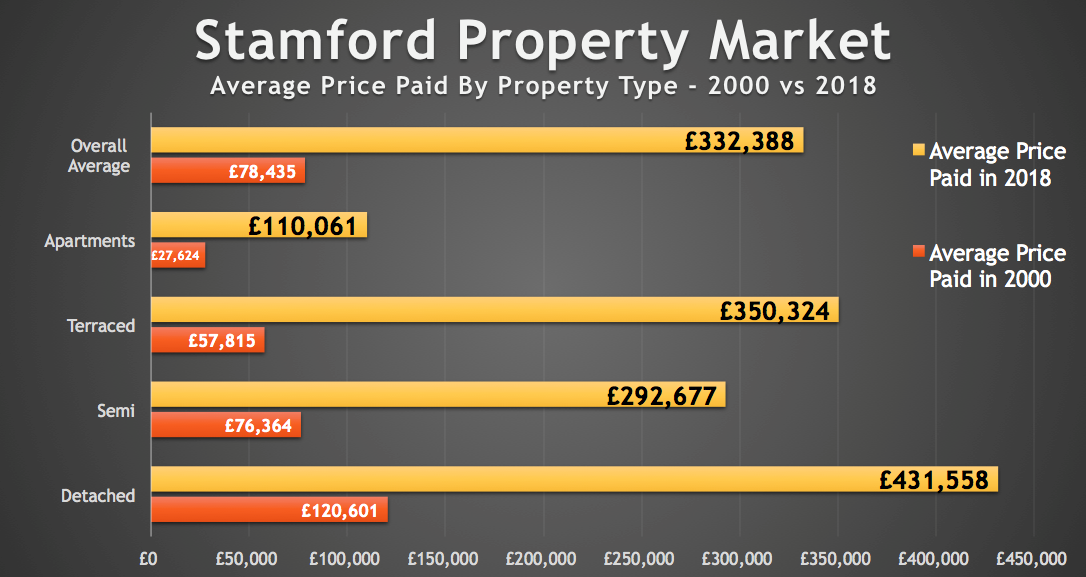 I wanted to show you that even though we had the 2008/09 Credit Crunch property market crash where, depending on the type of Stamford property, property values dropped between 15% and 20% in 18 months.  Stamford homeowners over the long term are still better off than those renting.

So, the ‘real’ value of the profit, after inflation, in Stamford has been £8,613 per year - still nothing to sniff at.

Moving forward, the question I get asked time and again is what will happen in the future to the Stamford and Rutland Property market?

Irrespective of what is happening in the World, Europe or even central London, the biggest factor over the medium to long term to ensure that this level of house price growth is maintained in Stamford is the building of new homes both locally and in the country as a whole.  Whilst we haven’t had the 2018 stats yet, government sources suggest this will be nearer 180,000 to 190,000 which is a decrease from the 2017 figure of 217,350 new households being created.  When you consider that we need to build 240,000 households to equal demand (immigration, people living longer, higher divorce rates and people co-habiting later in life etc) … demand will outstrip supply and unless the government start to spend billions building council houses, this trend will continue for years (and decades to come).

Another factor is that whilst Stamford and Rutland landlords have been hit with higher taxes to enable them to actually be a landlord most, in every national survey, still intends to increase their portfolio in the medium to long term.  Many youngsters now see renting as a choice, giving them flexibility and options that being tied to a home cannot give - thus meaning demand will continue to grow and landlords will be able to enjoy increased rents and capital growth, although those very same Stamford buy-to-let landlords will have to work smarter in the future to continue to make decent returns (profits) from their buy-to-let investments.  Even with the tempering of house price inflation in Stamford in 2018, most Stamford buy-to-let landlords (and homeowners) are still sitting on a copious amount of growth from previous years.

Since the 1990’s, making money from investing in buy-to-let property was as easy as falling off a log.  Looking forward though, with all the changes in the tax regime and balance of power, making those similar levels of return in the future won’t be so easy.

If you are considering selling your home and would like to know its current value, please call us.