Thinking about retiring and privately renting in Rutland? 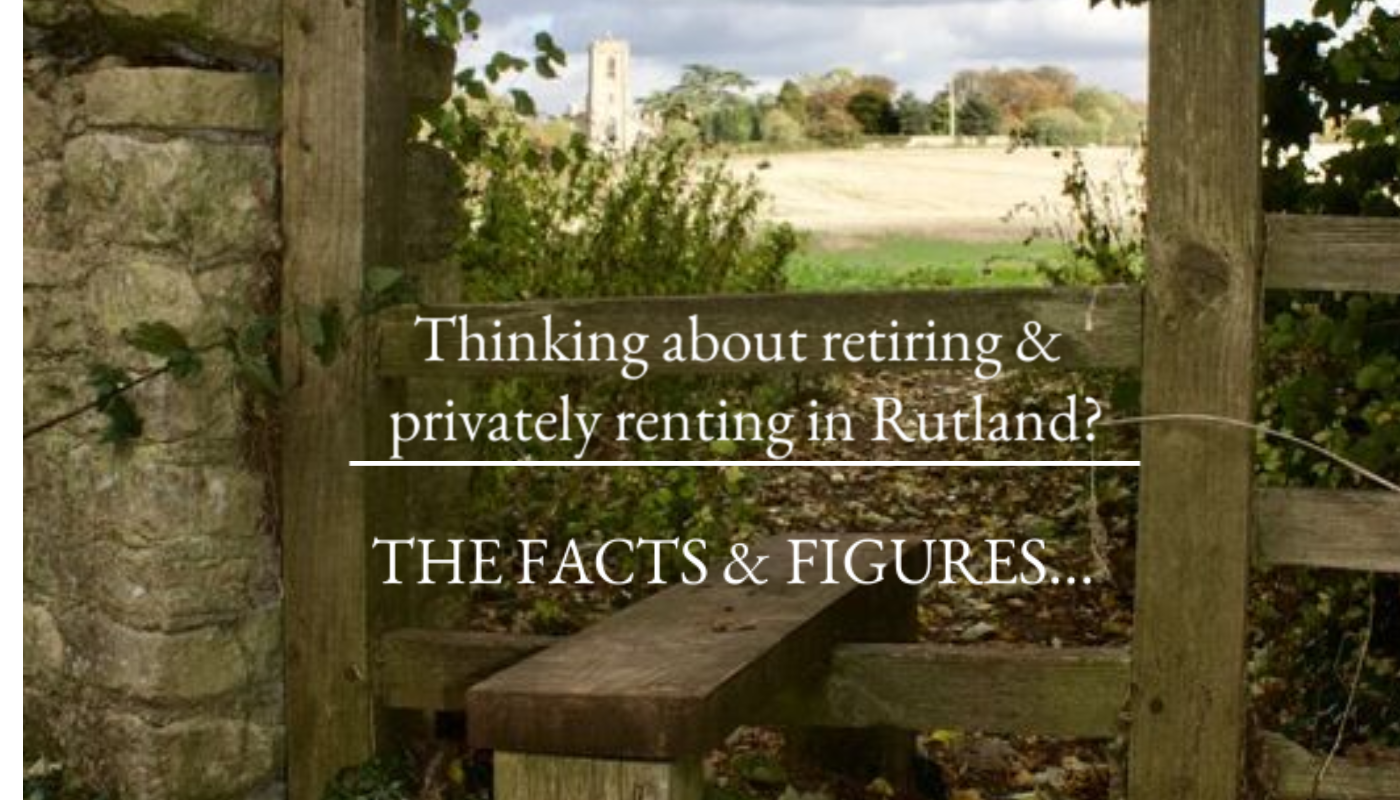 You read the personal finance pages of the newspapers and it all seems to be the impending pensions crisis where people aren’t saving enough for their retirement.  But it’s not the lack of Oakham residents’ future pension incomes that are my immediate concern.  The fact is that so many of the future retirees in Oakham over the coming decade who never bought their home in the Millennial years of the 1990’s and 2000’s, will have to make some tough decisions regarding what house they live in when they retire anytime between now and 2038.

In Oakham, there are 136 privately rented households, where the head of the household is between 50 years and 64 years of age (meaning they will be retiring anytime between now and 2038).  They are working now and easily paying the rent, yet what happens when they retire?

An Oakham retired couple, who currently privately rent and who have paid their fully qualifying NI stamp over the last few decades are likely to retire with the Couples State Pension of £1,091 per month plus a tiny bit of private pension - if they are lucky.  Given that the average rent in Oakham is £605 a month, a lot of that pension will be lost in rent.  This means taxpayers will have no alternative but to step in and top up the rent payments with Housing Benefit, yet...

The maximum housing benefit for a couple in Oakham is currently £373.97 per month, leaving a significant gap when you consider the average rent in Oakham is £605 per month

It is most people’s opinion that retirees are either council tenants or own their home outright.  Looking at these figures though it looks like both these ‘mature’ private renters could be having to make some decisions on their lifestyle and where they live, possibly looking at downsizing the home they rent to make things more affordable in their old age.  Also, the government will be in for a horrible surprise as more of Oakham people retire and continue to rent from a private landlord. Numerous Oakham private renters, with little or no savings, will have to rely on Housing Benefit, which will put greater pressure on the public purse.

The average Oakham retiree will need to find £2,772 pa to stay in their privately rented home after retirement.

A recent report from Scottish Widows suggested that 1 in 8 senior citizens will be privately renting by 2032, up from the current one in 15.47 senior citizens whom currently private rent (or 6.47%).  In fact, the report states the equivalent of more than one-third of the whole annual NHS budget would be spent on Housing Benefit for OAP’s in retirement living in private rented property.

What does this mean for mature Oakham homeowners? I see many using equity release schemes to stay in their homes to pay for a better retirement and others more open to downsizing; selling their large home to a family that needs it and moving into a smaller apartment or bungalow.  Yet, let’s be frank - they aren’t building bungalows in large numbers in Oakham anymore.

And for the Oakham landlords? Well with the younger Millennials showing no appetite in jumping onto the homeownership bandwagon anytime soon, it can only result in the demands on the buy-to-let market from Oakham tenants rising substantially.  Of course, many Millennials will inherit money from their homeowning parents in the coming few decades, yet a lot won’t as it will be spent on nursing home care and any leftovers (if any) split between siblings.

For those retiring post 2050/2060, there is better news as official reports suggest those retirees will enjoy a State Pension approximately similar to today’s pensioners with auto-enrolment into top-up private pensions through their employer.

The solution to all this is to build more homes, of course.  Last year we created/built just over 217,000 households in the UK, up from a post Millennial average of just under 150,000 households a year.  We need to get back to the building booms of the late 1960’s and early 1970’s when on average 300,000 households were built.